How To Do Hypothesis Testing? 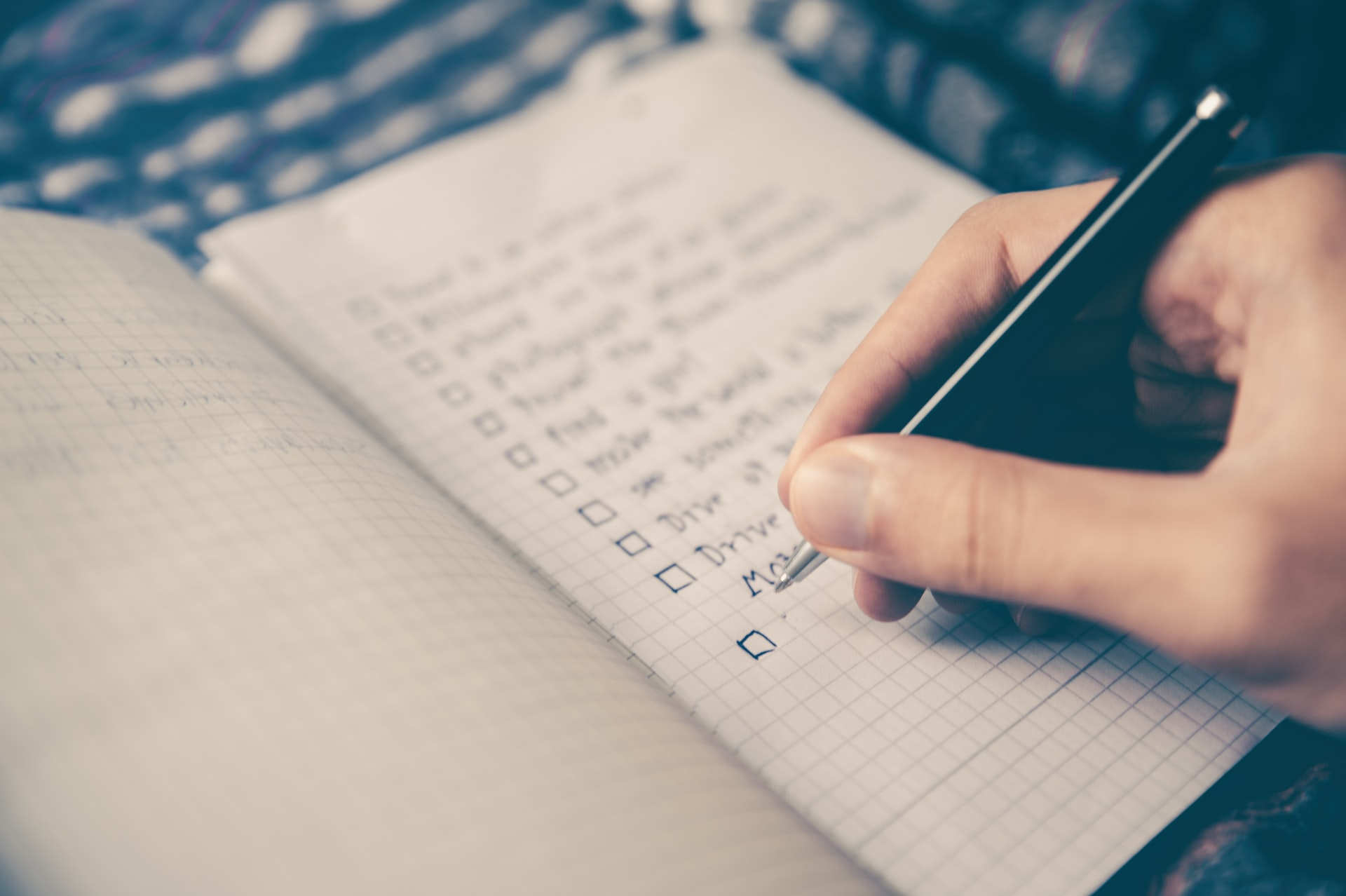 Photo by Glenn Carstens-Peters on Unsplash

Hypothesis testing is simple to understand - a matter of following a sequence of five steps.

In the previous article, we got introduced to the concept of hypothesis - null hypothesis and the alternate hypothesis.

We concluded with how the p-value compared with the level of significance to either accept or reject the null hypothesis.

We will keep p-value aside at the moment and focus on how to do hypothesis testing - the steps involved.

This post is the part 2 of the four part series on hypothesis testing.

Just to recap, hypothesis testing is the process of determining whether a given hypothesis is true or not

The highlight is on the word process. If it is a process, then there have to be some steps associated with it. 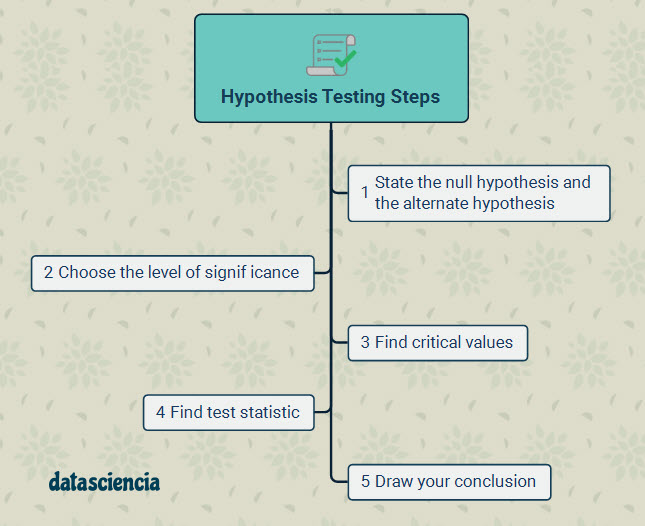 The steps for testing the hypothesis are

Ok. Sounds good! Let us take stock of what knowledge we already have on the steps mentioned above.

We know what the null and the alternate hypothesis are, level of significance, and probably presume what draw your conclusion means.

If you have missed reading the previous article in this series, I recommend reading it first before proceeding to read further.

What we don’t know about at this point is

To understand the critical value and critical region, we need first to understand what one-tailed and two-tailed tests are.

So it has to do something with the distribution curve? Yes, you are right!

In the day-to-day context, we know a tail is that extra portion attached to the body of an animal.

Similarly, in the context of statistics, tails are that portion attached to the side of distribution - see figure below - the grey area 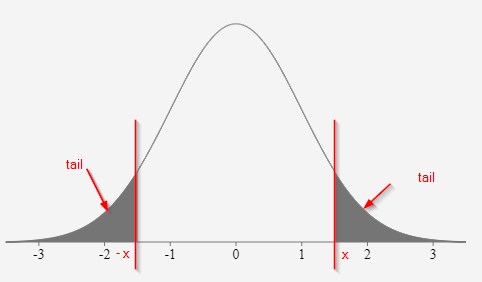 Distribution need not have two tails always. There can be only one tail as well.

Now that we have seen the tails visually, we understand things better. But, there are two tails here - do we have names that distinguish between these tails? 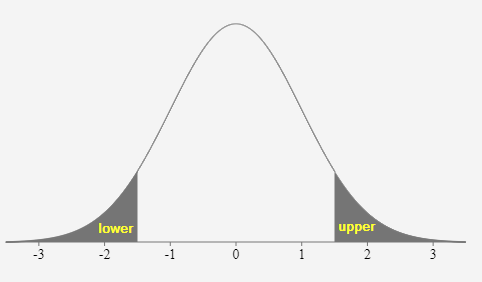 The upper tail is towards the upper side i.e., the positive side of the graph (see image above). Remember, positive values lie on the chart’s right side (1, 2, 3, etc.). It is also called as “right-tail”.

The lower tail is towards the lower side, i.e., the negative side of the graph. Hence it is referred to as “left-tail” as well.

The region shaded in grey, i.e., the tail area is called the Critical Region or Rejection Region 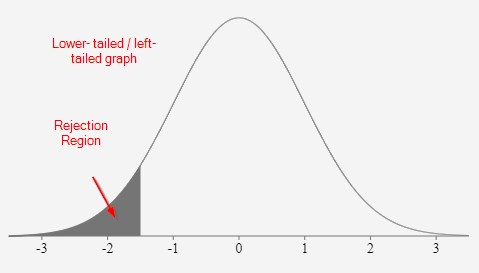 Similarly, the image below depicts the rejection region for the upper tailed graph 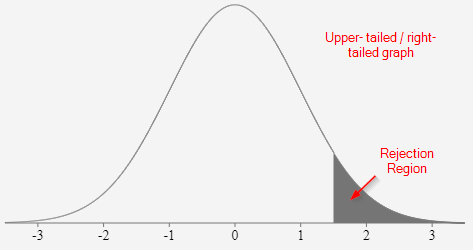 The rejection region for the two-tailed graph is shown below. 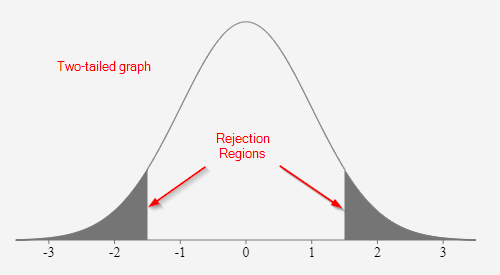 Now in real-life problems, we will not be given the graph to understand if the tail is towards the left or right or it is two-tailed.

Based on the problem statement, we need to figure out the hypothesis and then decide if its right-tailed or left-tailed or both!

How can we spot or understand which tailed-tests the problem we have at hand belongs? Upper tail or lower tail?

Remember, in the previous article, we had stated the hypothesis for two examples. Let’s revisit those examples.

My broadband company claims that the minimum internet speed they provide me is 150 Mbps. However, I suspect that they are not providing the promised internet speed.

Let’s write the null and alternate hypotheses for this!

We are trying to prove our alternate hypothesis with evidence is that the speed is less than 150 Mbps.

To determine which tailed test we need to use here, we see the symbol of alternate hypothesis, i.e - if it is less than < 150 Mbps, it is called a lower tail test. 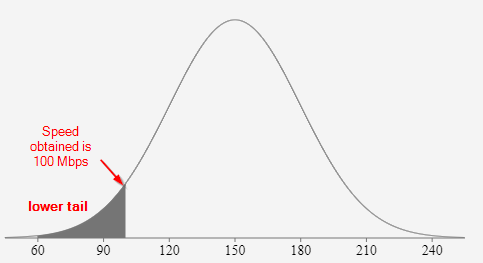 The project manager claims that his team resolves the software defects raised within five business days. I being the quality department manager, think it is taking longer to fix the bugs.

The null and alternate hypothesis is below

We see that the alternate hypothesis symbol (greater than) > 5 days. Hence, it is an upper-tail test. 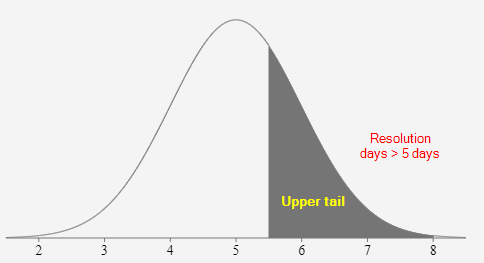 So how does the hypothesis of a two-tailed test look like?

A residential school claims that the average time the students of the school get to do extra-curricular activities is 200 hours per year, but the parents doubt that they spend so much time.

The null and the alternate hypothesis looks like the below.

Here we see the symbol of the alternate hypothesis is $\ne$ which means the test is a two-tailed test. We don’t check for increase or decrease i.e. $\ge$ or $\le$ but, we check for a change in the parameter.

So the critical region/tails are split over both the ends. 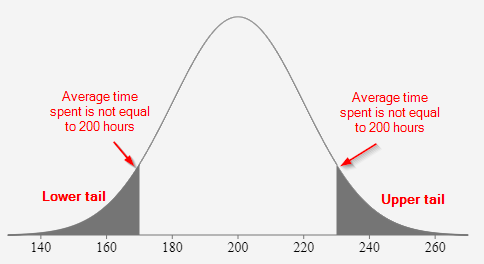 From the hypothesis statement, we understand if the test is either a one-tailed (upper or lower tail) or two-tailed. We are still in step 3 - Finding the critical value

Similarly, the critical value in statistics helps us to make important decisions.

A critical value is a line on a graph that splits the graph into sections. If our test value falls into that region, then we reject the null hypothesis - which means the samples and the evidence we had taken supports the alternate hypothesis.

Critical value depicted in the graph below - for lower-tailed graph 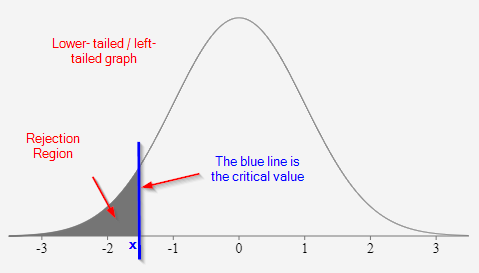 Similarly, the critical value for the upper-tailed graph is below. 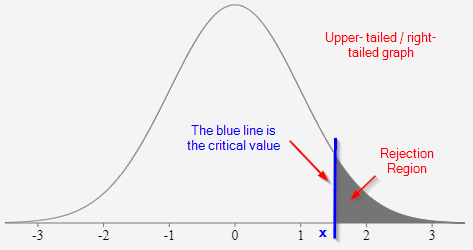 Critical values for a two-tailed graph are below.

In the case of a two-tailed graph, the value we compute should be either below or above the critical value for rejecting the null hypothesis. 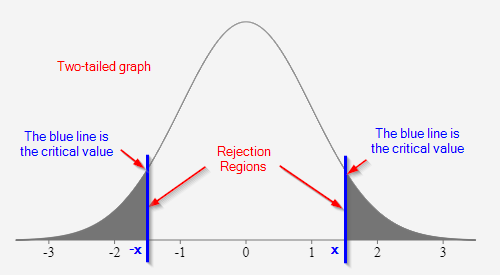 Example of a ‘Z’ score

Let us see how we use the level of significance ($\alpha$) to find the critical value (Z score).

Critical value and level of significance

We use the level of significance ($\alpha$) to determine the critical value. How?

Determine the critical value at 5% level of significance. Presume its a right-tailed / upper-tailed test. 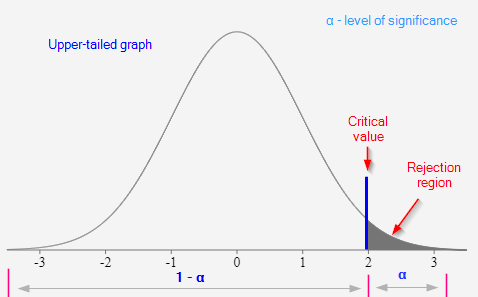 We know that 95 % of the values fall within the 2 standard deviation mark in a normal distribution, and the corresponding the ‘Z’ score is 1.96.

So how will we determine if we have to accept or reject the null hypothesis?

I am quoting a new word test statistic here. We will see what it is and how to compute it in the next post. At the moment, just think of test statistic as a number calculated from our samples by a formula.

If the test statistic (test Z) is less than the critical value (Z), we will accept the null hypothesis. In other words, we have not stepped into the rejection region and hence will accept.

Let’s visualize the above scenario with an example graph!

Below are the numbers.

Since the test statistic is less than the critical value, we will accept the null hypothesis $\mathbf{H}_\mathbf{0}$

In this article, we focussed on the 3rd step of the hypothesis testing process - Find the critical value

We started with what are tails, upper tail and lower tail, one-tailed tests and two-tailed tests, critical region/rejection region, critical values, and when to accept or reject the null hypothesis.

In the next post, we will explore more on finding the _test statistic, which is the 4th step of the hypothesis testing process.